I was hoping to get out an article on Fuse-Breaker’s fancy lighting system today, but I got so bogged down with work and setting up the pages for TAG that I simply did not have the time. Instead, come marvel at the art I have made while following the fantastic 2D Game Art for Programmers

After Willmouse, I learned to use the square tool more effectively by creating some crates – the staple of any game. I also created a generic dirt tile. Looking back on it, the shading on the dirt tile is way too strong! 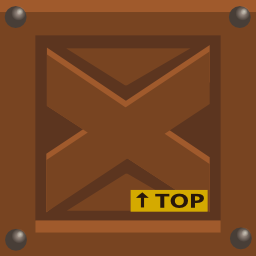 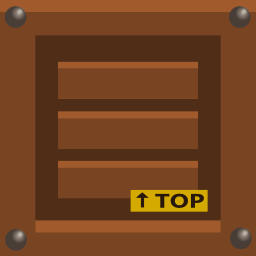 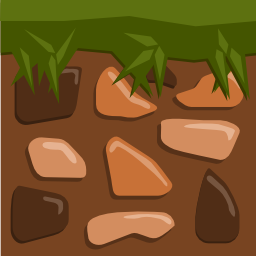 My next project was a pumpkin, which was all about the gradient tool. This pumpkin is named Jack O’Lantern. He is Irish. 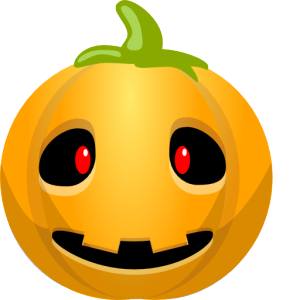 I also tried my hand at a car wheel, an office window and a ship’s wheel, following the tutorial very closely, because this style of 2D art is immensely useful for game developers. Looking back on it, I can see where I’d make changes to improve it, but I’d rather continue improving by following the tutorials and only when I’ve completed the series and feel like I have a reasonable mastery over Inkscape will I consider going back and making these changes. 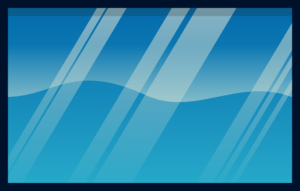 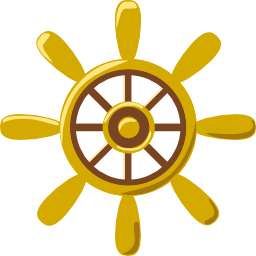 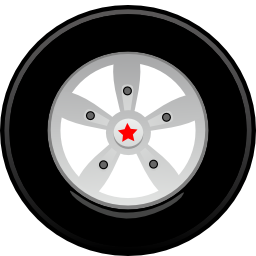 Next in the series I had a go at a much more detailed scene. Still composed of fairly simple shapes, but allowing me to gain a much more detailed knowledge of the plot tool. I created an under-the-sea scene complete with bubbles, fish and sea anemones. Also in this tutorial I made an island sunset scene which really helped me understand shape and shadow a lot better. 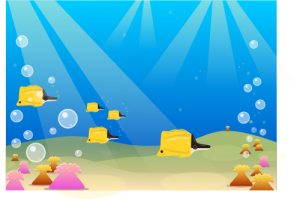 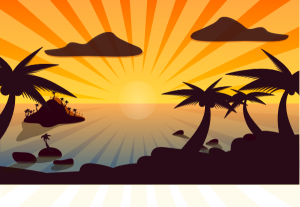 Lastly, I took a run at making my own character. This was a much more in-depth tutorial and much more complicated than the earlier ones (and in fact, I am still doing it), but I think early progress looks good. I call him Manface, because I am not a creative file namer. He has a bodacious ass.