It’s sure been a long time. Maybe you’re wondering if it’s dead.

The problem is, I’ve had what could be described as the most length house move in the known world. It’s taken multiple months without any access to my development machine, but I’m back, and I’m back to Hyper Gauntlet!

As it’s been a long time, I decided I’d fold a couple of updates into one, and that’s entirely not because I broke the GUI entirely (which needed redesigning anyway). Nosiree, not at all.

Expect updates in this space soon, but for now, look forward to a less regular, but more frequent post update schedule.

Actually, I’ve been quite active. Just not here, and I’m sorry.

So what have I been doing? Moving house mostly. It’s taken absolutely ages, and we’re still not done, but at least I have a computer again. To apologize for this heinous delay, I have a quick post for you. It’s a screenshot of something I’ve been working on recently while I toil at Hyper Gauntlet’s new GUI. 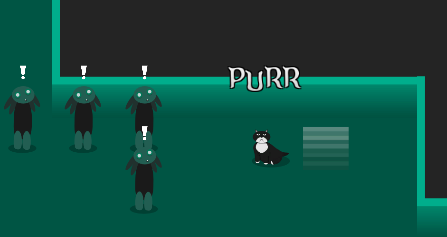 I finished my Ludum Dare Jam game! It’s a perma-death dungeon crawler sort of based off of the Cthulhu mythos. Sort of.

Go play it, rate it and share it with your friends!

Still dissatisfied by the number of ways with which you can give me your cash monies? Well be dissatisfied no longer! Now you can soothe your itchy, burning Hyper Gauntlet love with The Humble Widget!